To better understand the gaming audience, Activision Blizzard Media conducted a quantitative study among adults over the age of 18 who played, watched, or engaged with video games at least once in the past month. The result was six distinct gamer personas based on demographics, platforms used, motivations, attitudes, and psychographics. Read about the Dabbler persona below.

Dabblers have played games on and off over the past two decades and continue to include gaming on their list of hobbies. Despite genuine interest in gaming and their years of engagement, these players still think that their play isn’t deep enough to warrant self-identification. Mainly, they feel that they don’t play enough games to fully be part of the gaming community. Their shifting interests over the years have led them to dedicate time to other activities like social media, cooking, and shopping—all of which this group does almost every week.

However, Dabblers are still curious about the world of gaming. They spend time learning and exploring video games independently several times a week, finding small ways to fit in gaming throughout the day. Through this discovery and participation, they are building their own connection to the gaming community.

Dabblers are more likely to be middle-aged than other gaming segments. Since their gameplay has been inconsistent over the years, learning how to play new games doesn’t come easily to this group. Only a third feel confident in their gaming skills, and they are unlikely to look for in-game social connections or try playing with others.

Although they engage with all gaming formats, they tally among the lowest in handheld, console and PC hours, with only slightly more hours played weekly than Super Swipers. Mobile gaming is where they are most comfortable, but they are curious about other elements of gaming culture and are slowly building familiarity with all gaming has to offer across platforms and franchises. 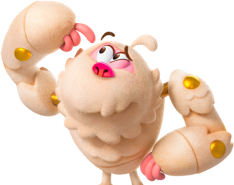