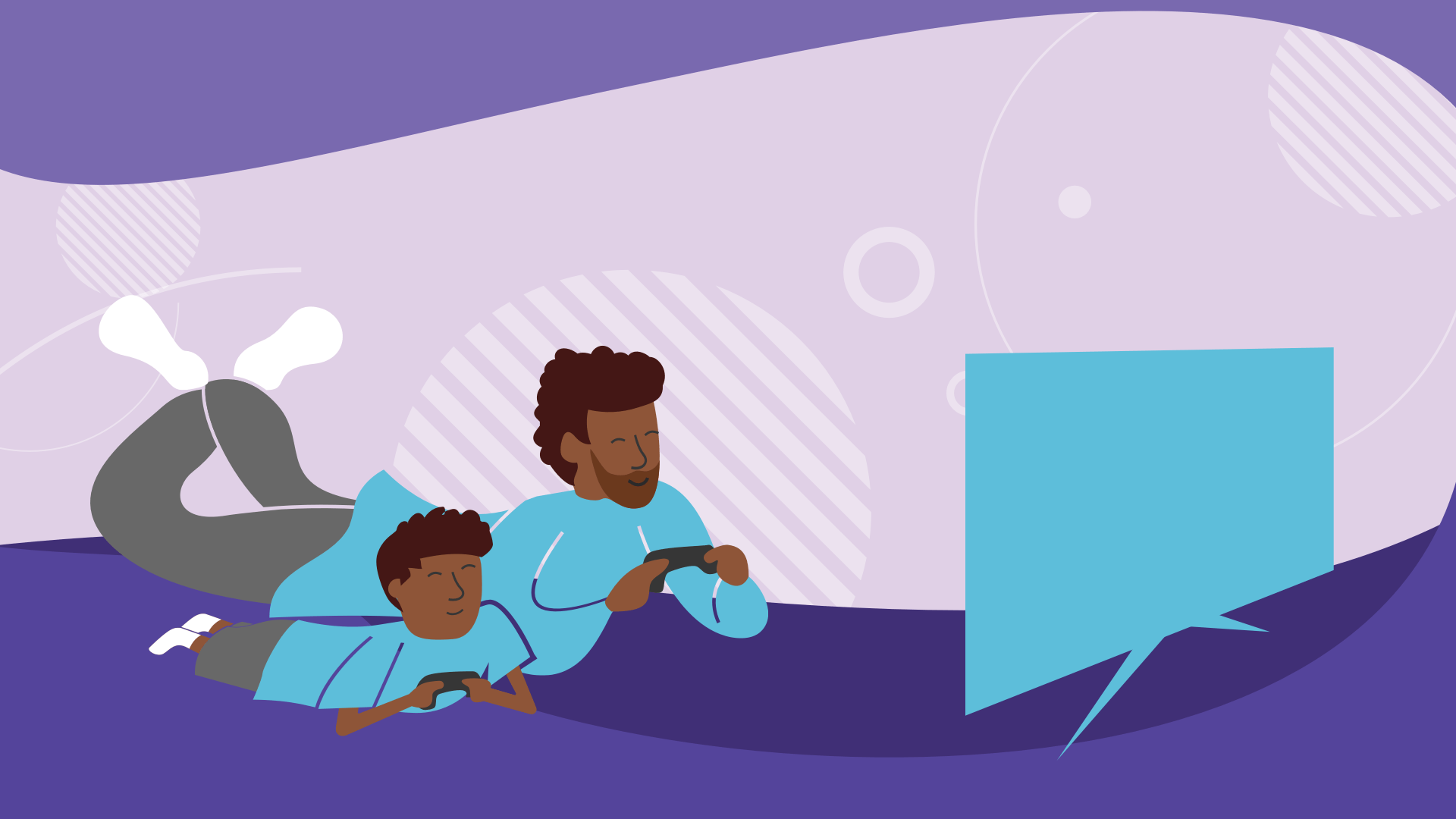 Getting To Know Gamer Dads

Ask almost anyone who they think makes up the typical gaming audience and you’re likely met with a similar response - teenagers, predominantly male.

The stereotype of gamers as teenage boys playing for hours in their parents’ basement is one that the advertising industry has struggled to move past, but the reality is that gamers are as diverse, both in their demographic and motivations, as any other audience group.

Gaming is far from just for teenagers - parents are just as passionate and engaged with gaming across mobile, PC, and console. In recent years gaming has emerged as an entertainment channel in its own right, one that is enjoyed by all members of the household.

We already know over two-thirds of moms are gamers, but what about their male counterparts? How do dads, who represent a highly desirable audience segment for advertisers, fit into the gaming landscape?

Gamer dads (males who engage with video games and have children under the age of 18) make up a significant portion of the gaming audience, representing one-fifth of all gamers. They are also some of the most engaged gamers, spending over 35 hours per week gaming, whether it be playing games on mobile, PC, or console or streaming esports leagues. They report spending over 6 hours more per week playing video games than other male gamers and are more active than male gamers across multiple gaming platforms on a weekly basis.

Gamer dads’ high levels of engagement with gaming highlight its value to them as a primary entertainment channel. They are more likely than other male gamers to rate gaming as their favorite hobby, behind films and TV. Compared with other male gamers, they are also more likely to report being emotionally moved by events in games and being able to identify with the characters in games, again highlighting the depth of engagement across the gamer dad audience.

The motivations of gamer dads, like all gaming segments, are varied, but the social connection offered by gaming is a clear driver. Gamer dads are more likely than other male gamers to enjoy the social interaction features within video games, as well as playing games with other players. Battle Royale games, a form of online multiplayer game, is popular with gamer dads and allows them the opportunity to interact with others. Also popular are action and adventure titles, as well as action RPG games.

But beyond playing games, dad gamers are also heavy consumers of gaming content. They are more likely than other male gamers to watch others play video games online, and attend or watch an esports event. Furthermore, over half of gamer dads consider esports the future of competitive entertainment. This all presents even more opportunities for brands to connect with them.

Like gamer moms, gamer dads have significant social and purchase influence. 58% say that people come to them before buying a product or service, compared to 40% of non-parent males. They are also the first among their friends and family to buy new technology or electronics, with 82% of gamer dads having made a video game-related purchase in the last six months, compared to 57% of other male gamers.

Gamer dads are a core part of the gaming ecosystem, one which spans different demographics and audience profiles. As brands and advertisers increasingly understand the diversity of the gaming community, so too will they better understand the opportunities to connect with highly desirable and engaged audiences in ways that are meaningful and effective.

Research Methodology: Activision Blizzard Media partnered with Toluna Insights to perform a global, online quantitative research study to explore the behaviors and motivations of 21,167 gamers 18+. This report compares two audience segments within our research: Males with children under the age of 18, i.e. Gamer Dads (n=4,736), and male gamers without children under the age of 18 (n=6,977).